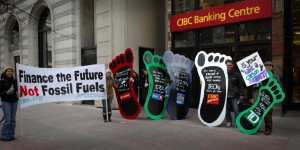 Why should a university be socially responsible?  A question thrown into relief by the current debate over universities’ investments concerns the social role of the university and the relation of that to its core academic activities.  In a thoughtful response to an earlier blog where I argued in favour of the fossil fuel divestment campaign, a critic, Nick Geiser, objects that the campaign is ‘forcing universities to “take a side” in the climate change debate and committing the university to a particular set of political objectives.’  This, he maintains, ‘is a radical attack on the principles of scholarship and academic freedom and threatens open debate in higher education.’  Since that sounds like a damaging charge, I’d like to consider more carefully why we should suppose that urging a university to take a decision that may be perceived to have a distinctive political colour is necessarily a threat to academic freedom or any other core value of a university.

According to the objection, a university should be above or detached from politics; its endowment should be invested in ways that support its core mission, and not instrumentalized for extraneous ends.  I certainly accept that we should notice a distinction between those aims, values or principles that define a university’s core business and such other responsibilities, not of a strictly academic kind, that might from time to time be deemed appropriate to a corporate entity occupying the position a university does in society.   But how clear and significant is that distinction in relation to the question of a university’s investment decisions?

a) Knowledge is only knowledge in virtue of cognitive processes, whether within an individual human brain or within a vast and extended scientific apparatus.  When a brain or apparatus does its processing, it engages in an activity for which there is a purpose.  The idea of knowledge for its own sake is simply unintelligible.  For knowledge to register as knowledge the events of the world that are its objects pass through a variety of filters and transformers.  What is filtered from the flux of experience as knowledge has been selected and coded according to some purpose or other.

But we must not confuse this idea with a quite distinct one.  For in the pursuit of knowledge it is also, in the nature of the case, impossible to know in advance of discovering it, what exactly there is to know.  In that sense we pursue knowledge for the sake of knowledge.  If we think of the advance of knowledge as something in general worth pursuing this is, I suggest, because of our belief that, overall, we can make the world go better for us the more we know about it. That belief underpins the social commitment to the institutionalisation of universities.

The pursuit of knowledge, therefore, as an organised social activity administered by the university, is premised on a belief – a belief in its ultimate social value.

b) Academic freedom can only be regarded as good because academic practice is; and academic practice, as has just been said, is regarded as good because it ultimately helps the world go better for us collectively.  Freedom of academic inquiry is valued because it allows the most effective pursuit of the knowledge and understanding that we deem ultimately to be good. The reason society as a whole supports the practices of academics as a whole is that allowing knowledge to be produced will yield all manner of benefits for society, many of which, in principle, cannot be anticipated in advance of discovering what they are.  Academics have to be allowed to fail and make mistakes, in the nature of the business of inquiry.  They need, therefore, not to be prevented from failing and making mistakes, when they are pursuing in good faith an avenue of inquiry that leads nobody yet knows where.  They need, in other words, academic freedom.

Academic freedom, however, is not an unqualified or unconditioned freedom.  You could not, for instance, abduct a person and start experimenting on them under the terms of academic freedom; you could not start torturing a person to see how much pain they can stand before they lose consciousness, or die.  If that much is obvious to us, we nevertheless need to think why, since, regarding other kinds of research activity, academics may be less ready to acknowledge the justification of restraint.  The point about my example is not that there is something inherently wrong with wanting to get knowledge of the effects of pain on a human subject: the restriction is not on the harbouring of this research objective; the restriction is on the means adopted in its pursuit.

We have a clear distinction, then, between an in principle absolute and unrestricted freedom to pursue the end of knowledge, on the one hand, and certain social and ethical restrictions on the means that might be deployed to that end, on the other.  It is the university as an institution that is society’s custodian of those means of inquiry.

So a university can be said to have two sorts of fundamental value: one lies in the internal and intrinsic commitment of an academic institution to the generation, dissemination and curation of knowledge and understanding; the other is the institution’s value to the society that supports it and benefits from it.  These two kinds of value should not be seen as completely discrete: the university is a part of society, and while it has distinctive features as a distinctively academic part, it shares features with other institutions with different social functions.  Between these two sources of value, tensions may of course arise. As an institution, a university has to negotiate these tensions and steer as best it can a course between them.  This means that the question of a university’s core principles and values cannot necessarily be cordoned off from considerations that someone or other will regard as political, and even deeply so.

How significant, then, is the distinction between values of academic freedom and those of social responsibility? Given their mutual interrelation and comparable importance I have suggested it is not great.

So how does all this bear on a university’s investment decisions?  First, let us be clear what is not in dispute: insofar as a university applies its endowment to the support of academic activities – for instance, by building laboratories, creating new departments and posts – it should not expect to be challenged on the grounds of social responsibility.  Such a challenge comes into play with regard to the funds that are not directly used in conjunction with academic business but are instead invested in the markets.  Making investments in markets is an activity no less extraneous to the values of academia than pursuing aims of social responsibility is.

In this piece we have focused on tensions between the values of academic freedom and social responsibility.  But there is a far greater tension, I would argue, between either one of these values – both of which a university, as we have seen, has reason to affirm – and the values of the market place, particularly those associated with turning a profit.  Social responsibility differs from academic freedom, to be sure, and it is possible for the two core values on occasion to come into tension.  But investing money for profit is also not the same as academic freedom, and furthermore, unlike social responsibility, it has no independent basis in the ethos of either a university or a society.  The necessity or possibility of making profits are matters entirely extrinsic to the core values and ethos of a university; making profits has no purpose for a university other than to support the pursuit of objectives of its core business.

The question of how far a university should be concerned about making financial profits, and to what ends or by what means, will be the subject of my next blog.

1 thought on “Academic freedom and social responsibility: conflicting factors in a university’s ethos?”