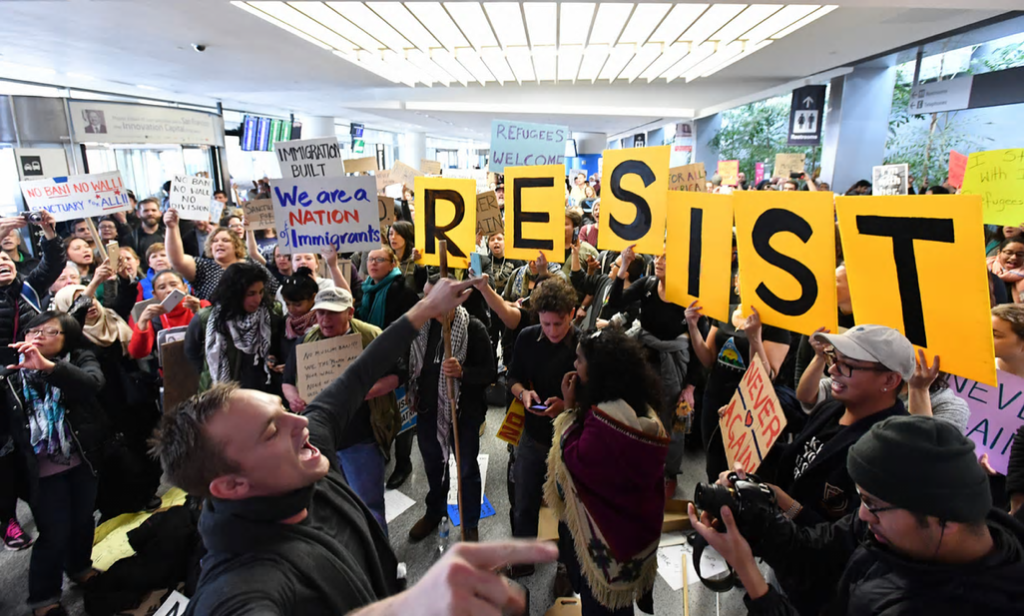 Recently, we had the opportunity to welcome Professor Chandran Kukathas to discuss a chapter from his new book project, Immigration and Freedom with our class Contemporary Political Theory: Engaging with Current Research. In his book, Kukathas gives a new perspective on familiar moral and political problems. He argues that immigration control undermines—and perhaps even threatens—the ‘rule of law’. This causes significant social problems that must be addressed regardless of one’s personal views on immigration.

What is the rule of law?

Kukathas identifies three features as distinctly crucial to the rule of law. These are what he calls its ‘formal’, ‘institutional’ and ‘sociological’ aspects.

Formally, the law must be sensible, publicly known, applied equally to all, and coherent. For example, we have a right to expect the law to apply to each of us in the same way, regardless of our individual religious status. Institutionally, the rule of law can only function if supported by the types of procedures and institutions basic to any fair judicial system, such as impartial judges and legal procedures. For example, we have a right to expect not to face imprisonment without a fair trial. Sociologically, the rule of law cannot legitimately challenge the basic, bedrock beliefs of society. For example, a law that defended slavery would be illegitimate and rightly resisted by society.

The idea of the rule of law therefore requires us to start thinking about equality in two importantly different ways. Firstly, we need to respect equality of membership—such as the equality of citizens in a country. But we also need, secondly, to respect the equality of human beings. And here, Kukathas suggests that any approach to immigration which focuses narrowly on the first type of equality, at the cost of the second, contradicts the very idea of the rule of law. If a society respects the rule of law, then it must expect the law to treat all individuals—regardless of national citizenship—with equal dignity and respect.

What is the problem with immigration control?

Kukathas points us to the fact that all immigration control involves the creation of an ‘elaborate institutional framework’, one which necessarily operates across boundaries. Immigration control is only made possible through the creation and application of both domestic and international law, the coordination of states with international organizations, the maintenance of transnational regimes governing cross-border business transactions, and so forth. In other words, immigration control is complicated, involving many mutually affecting variables. Given the importance of all of these factors, governments are far more “limited by institutional and practical realities” than one might realize.

The problem is that governments can make up for the wide variety of factors beyond their control only by increasing how strictly they enforce that which they can control. And what they can control is, of course, how strictly they pursue policies within their own territory. So, any strict immigration policy risks making the law a sort of obstacle in conflict with the goals of government.

For example, if a government adopts an immigration quota, it will be tempted to pressure public administrators into taking legal shortcuts to achieve the quota. And this encourages administrators to treat the law as something to be worked around in order to achieve an objective. Immigration control thus risks eroding the formal aspects of law—its being public, with the fairness of its application being open to doubt and revision—since these aspects constrain the control a government can have over its population.

Immigration control also risks undermining the institutional feature of the rule of law. Indeed, recent history has shown that governments can compromise the basic integrity of public institutions by pursuing strict immigration control. For example, at the beginning of the twentieth century, Australia implemented a “Dictation Test” for potential migrants. However, the test was purposefully based on certain minority languages, allowing very few to actually pass and gain entry. In this sort of way, strict immigration control has often lead to the misuse of legal procedures. And such misuse undermines faith in the credibility of public institutions.

Finally, immigration control risks undermining the sociological feature of the rule of law.

Laws must achieve a certain minimum level of respectability in order for the law to avoid contradicting the fundamental values of a society. But immigration control is a politically contentious issue, which calls into question the fundamental values of a society. Indeed, the debate even questions who counts as a member of society. A typical government solution to this problem has been to classify immigrants. Immigration rules distinguish between legal immigrants, illegal immigrants, refugees and so forth. But this use of classification clearly runs the risk of integrating discriminatory practices into the legal system. In fact, these types of classifications have often been shaped by racial features. For example, the White Australia Policy excluded immigrants from non-European countries. But it contradicts the values of liberal democracy to exclude individuals on the basis of race or religion. In a liberal democracy, discriminatory laws are significantly (and rightly) resisted.

Donald Trump and the ‘Muslim Ban’

We can perhaps clarify some of these ideas by considering a recent, relevant example. In January 2017, the newly elected U.S. President Donald Trump signed an executive order refusing entry to the United States for refugees and immigrants originating from seven predominately Muslim countries. This decision affects the rule of law in its three fundamental aspects.

Firstly, from a formal-legal perspective, the decree affects equality of treatment. Indeed, the 1965 Immigration and Nationality Act states that no person should be “discriminated against the insurance of an immigrant visa because of the person’s race, sex, nationality, place of birth or residence”.

Secondly, such a decree undermines the institutional aspect of the rule of law. The refusal of entry into the US territory affected many legal immigrants, causing a breakdown in the institutional framework of immigration policy. Existing procedures and rules were suddenly contradicted by the new executive order. In many airports, immigration officers were confused when they had to refuse entrance to legal residents who were nevertheless from countries targeted by the ban. As a result, fixed procedures and institutional arrangements became temporary incoherent.

Finally, the executive order obviously contradicted the basic values of a large segment of American society. And laws that are vigorously rejected by a large part of the population can never be fully legitimate. In this particular case, many protesters, lawyers, judges, and economic actors supported the refugees and immigrants affected by the travel ban.

All these points proved controversial in class discussion. Kukathas caused us to debate fundamental questions, such as: What is the relationship between law and society? To what extent can and should the law be used to control wide-spread racist behavior? Is the rule of law a value in itself, or does it derive its value from other social interests? Isn’t government, by definition, about control? Don’t all government decisions alter and change a society?

Professor Kukathas has many fascinating and nuanced responses to these questions, and we look forward to reading how he will present them in the completed book. Kukathas certainly raises vital questions for us to consider about the nature of immigration and the societies we live in. Our class was fortunate to get the opportunity to read, reflect on, and debate these questions.

1 thought on “Immigration and Freedom: Chandran Kukathas on Immigration Control”