On 18 November 2016, the Just World Institute (with the support of Edinburgh University’s Social Responsibility and Sustainability) organised an Ethics Forum with the title ‘Should universities restrict civil disobedience and student activism?’.

Read our report below.

Universities are often a central place for student activism. In recent years, the University of Edinburgh has seen occupations, campaigns, and actions that have put students in confrontation with University management. Across the UK, there have been cases of students being arrested, prosecuted, and suspended for disobedience and activism on their campuses. How tolerant should universities be towards student activism and disobedience? What role does protest serve in higher education institutions?

Oliver’s answer to the question was: No, for conservative reasons.

It is historically true that the university has been a centre of social protest.  But why?  Oliver thinks that a possible factor that makes the university a centre of social activism is its unique structure: the structure that creates a sort of ‘vacuum’.  The university, in other words, creates a sphere which temporarily suspends daily social life, or which enables a certain degree of detachment from the reality.  A certain distance from actual worldly affairs is necessary, he explained, in order to gain a certain distance from the routines that dominate the society.

The institutional detachment of the university from worldly affairs gives it a unique function as the knowledge producer and provider.  But this also gives it a unique function as a centre of activism.  The vacuity of the university generates a particular form of freedom: academic freedom.  Academic freedom has been, in general, supported by a particular type of inter-personal relationship: the one characterised by (mediaeval) democracy, and by fundamental equality in the face of truth, knowledge and better argument.  These normative values counterbalance other features of the university such as seniority, hierarchy, etc.  Students, in this particular relationship, are treated in a particular way: as ‘colleagues’, or equal members of a scientific community that seeks to improve ideas and knowledge through good argumentation, correction, etc.

So, should student activism be restricted?  No, if we want the university to retain its desirable vacuity.

Natasha discussed practical ways in which student activism may affect the university’s policy and action.  In highlighting several cases of students’ campus occupations in the past, she mentioned a case in which Edinburgh University attempted to discipline some of the students involved in one of such occupations.  Nothing happened after all, but she explained that the university’s attempts to discipline student activists may discourage potential future participants from getting involved in student protest.  Also, she said: the use of security cameras to identify students involved in protest is problematic.  Finally, she emphasised the right of free speech, and the right of students to challenge and criticise the university’s policy and action as members of an academic community.  Students have direct stakes in what the university is doing, and also are in a unique position because of the time they have, and because of the leverage they command.

Student activism may trigger a desirable change in the university’s policy and action.  And student activism allows students to express their concern about paramount social and global issues (e.g. climate change, the course of world politics, etc.) when talking about them is not enough.  Natasha concluded that the university has always been a centre of discussion, challenge and action, and that the aim of People & Planet is to make sure that the university will respond to real-world challenges in an appropriate way.

Hannah emphasised three points.  First, universities sometimes try to repress student activism through internet surveillance, but that kind of preventative scheme should be resisted.  Second, student protest has played a significant role in changing the course of the university’s action, but a challenge has been how to get and keep people involved.  And third, academia can be too detached from the real world and the real life.  Theory is important.  But, sometimes, active engagement with the real life may be really important in realising the world as we want to create it.

As our final speaker, Tim explained why Ethics Forum exists.  The university is a big and complex organisation with many departments, both academic and administrative.  It does not have a centralised brain.  Its various sections have various special interests.  The management with its own interests, for example, is not particularly sympathetic to student activism for various reasons.  Due to its decentralised structure, the university has, for many years, seemed to lack the strategic capacity to do the right thing at the right time to deal with important issues.  The reason why Ethics Forum exists is to enable the university to have a collective ethical brain, by bringing students together in an ideal speech situation as Oliver discusses it.  The idea came from the felt need that the university should develop some institutional means for engaging with students, e.g. with People & Planet.  The role of Ethics Forum is to enable students to discuss their questions and concerns regarding what the society in general and the university in particular should be engaging with.  There may be other, more spectacular, ways to draw attention from other sectors of the university, such as student protest.  Meanwhile, there also needs to be a local space where students can be involved in reasoned debate in an ideal speech situation.  Ethics Forum is intended to create such a space. 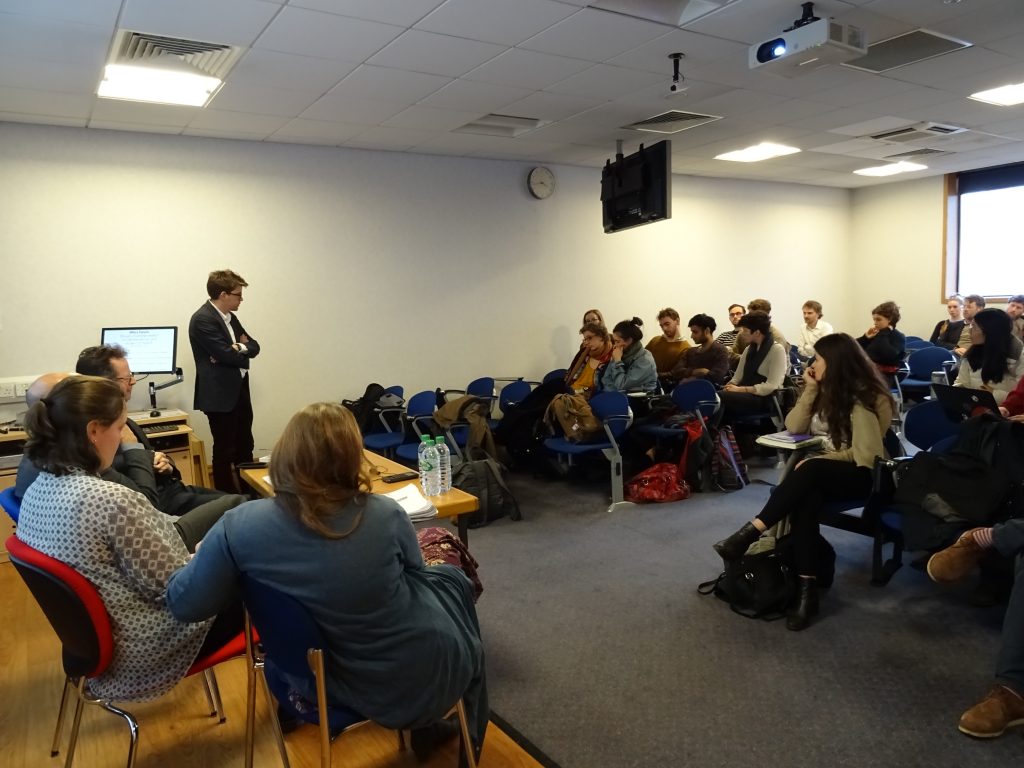 Student activism may prevent business as usual, and this disruption might have an impact upon the normal proceeding of lectures, the financial situation of low-income workers, etc.  So, (how) should we draw a line between when student activism should be tolerated and when it should not?  How radical should student protest be allowed to become?  On what conditions should student protest be carried out?  Has the university been trying to encourage students to become passive consumers rather than active enquirers?  Should the university do more to encourage the type of discussion where stakeholders including the management, the administration, student activists and academics can get together to discuss the university’s policy and action?  Is student activism more than protest against the university; isn’t it an opportunity for students to learn something to become politically active citizens in the future?