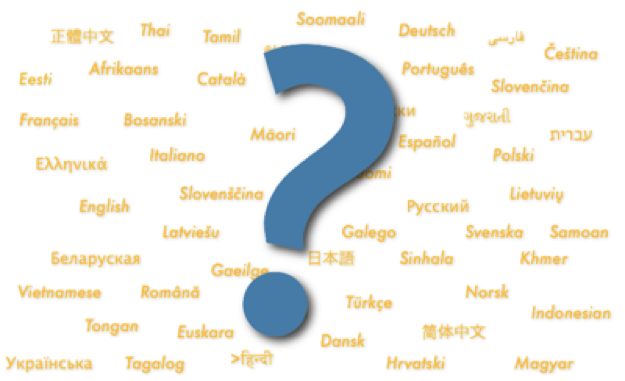 At a time when English is spreading faster than ever, equality between languages has become a particularly pressing issue. Should one language have priority over another? Should we let minority languages die out? These are important questions and are often discussed in the field of interlinguistic justice. Further to this, Dr Helder De Schutter, an accomplished scholar of political philosophy from the Catholic University of Leuven, is working on the separate but connected issue of intralinguistic justice. This topic concerns the relationship between standard languages and dialects. In a paper he presented to our class on Contemporary Political Theory, he argues that while we consider the relative status of standard languages, we also need to consider the interface between the standard languages and the dialects over which they have, as an “internal monster,” gained political priority.

Essentially, a situation exists where the standard language, although not cognitively or linguistically superior, has the highest level of political recognition. For example, it will be found on road signs, in government documents and school textbooks. Consequently, the other forms are characterised as inferior, or at least less recognised. An example of this is African American Vernacular English (AAVE), which although spoken by many people, would not be found on a road sign. De Schutter is concerned with this kind of case and asks: should there be a standard language and what level of recognition should a state grant such a standard and the dialects existing alongside it?

There are two arguments that are particularly important when considering these questions. The first considers the instrumental goods of the standard language. The argument holds that a common standard allows for better communication because everyone can understand each another. The instrumental argument also suggests that a standard promotes nation-building and equality: people are more likely to feel part of the same group and equal within that group if they all speak the standard language. Although there are objections to this view, some arguing that dialects can also aid communication and that nation-building is not necessarily a good thing, generally instrumental arguments point towards the recognition of a standard language over dialects.

The other, more debatable, argument concerns dignity. It is obvious in many cases that a particular language is a part of someone’s identity. Therefore, giving it dignity, via political recognition, is a part of respecting that identity. Is this the same for dialects? De Schutter argues that it is not, at least to the same extent. For example, during the debate around teaching AAVE in schools, there was little mention of dignity. Speakers of AAVE appeared more concerned with social mobility. In light of this and other examples, De Schutter argues that there is a lesser concern for dignity with dialects. Furthermore, if a perceived lack of dignity is not a concern for a group of dialect speakers, then their dialect should not be given increased political recognition. The dialects, as “sleeping dogs,” should be left to lie.

Overall, De Schutter argues that the arguments for supporting dialects politically are less compelling than in the case of minority languages. There is a lower level of interest in dignity and the instrumental concerns point towards a standard language.  Therefore, he suggests a ‘standard first’ approach, whereby dialects are not belittled and could be given particular rights, but essentially ‘orbit’ around a standard, politically recognised form. This approach is an alternative to the ‘standard only’ option which would involve a system where a standard language is represented as superior and any other dialect is deemed wrong and afforded no rights or respect.

In our discussion, there were three particularly significant points raised. The first was that multiplicity, which would be increased by recognising a number of dialects, causes a state to weaken and makes it less likely to successfully exercise sovereignty or defend itself. Therefore, shouldn’t we pursue a standard-only policy to enable stronger states? De Schutter replied that there is perhaps nothing more unstable than a state where a group of people feel disrespected or overlooked. To undermine a dialect can lead to these feelings and hence, politically ignoring a dialect could have an equally destabilising effect as recognising it. Essentially, the choice between a standard-only approach and recognising the dialects in some way is not a clear one and is perhaps dependent on the characteristics of the state.

The second concern was that perhaps there are not enough examples in De Schutter’s paper to make the claim that there is less of a dignity interest in dialects than in languages. There is also no exploration of the issue in non-western contexts. De Schutter replied by accepting that more work needs to be done in non-western contexts. He did however highlight a logical point that perhaps makes the number of examples somewhat irrelevant: if a dialect has a significant interest in dignity, it is likely to become a language. Therefore, a dialect must not have as much interest in dignity as a language or it would be one.

The third issue was that people might not be the best judge of their own dignity. So, for instance, a dialect-speaking child that is educated at a grammar school in the UK where they are taught Received Pronunciation, may not recognise the lack of dignity given to their dialect at all. This does not mean that it is not an issue or that it is not affecting their identity. So, how can we decide whether a dialect should be politically recognised via measuring perceived dignity? In response, De Schutter considered whether he might need to revise the paper in light of this issue. However, he also mentioned that his stance is political and therefore may only need to consider people’s expressed views and not the psychological, social or anthropological dimension behind them. This would suggest that, although not part of this work, the connection of people to their dialects needs to be further explored.

Overall, De Schutter brings an exciting new element to the current discussion of linguistic justice, highlighting a debate that is often overlooked but is of particular significance in the current global context. Perhaps then, the most important point he makes is that, whether we wake the dogs or not, the decision can no longer be ignored.