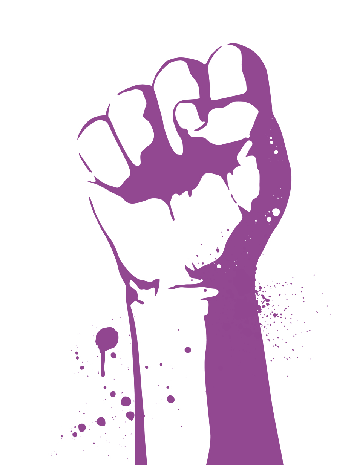 In this piece, Jubilee Scotland’s Charlotte Snelling explores the way in which charities understand their role in the debate over Scotland’s constitutional future. She argues that third sector organisations must engage with the debate in order to avoid the risk of being left behind in a post-referendum world but acknowledges the delicate balance they must maintain.

With the referendum date now set and the prospect of a new constitutional arrangement seemingly moving closer to becoming a reality, politicians are finding themselves increasingly grappling with issues of what an independent Scotland, or alternatively a changed devolution settlement, might actually look like. Not only can we not predict yet which way the referendum will go but the nature of a post-referendum Scotland remains uncertain. An independent Scotland cannot simply be equated with the policies of a Scottish National Party-led government nor will a ‘no’ vote necessarily support the status quo. Disentangling party policies and promises from discussions of the constitutional debate – the opportunities and limitations associated within either option – is not an easy task.

Campaigning groups, in attempting to engage in the debate, find themselves entering dangerous water. Stick your head above the parapet and come out as for or against independence and you risk alienating many of your own supporters. Choosing the ‘wrong’ side may also leave your organisation’s position and influence weakened in the post-referendum landscape. Picking a side would also be far from straightforward. Even if your own organisation’s mission statement relates specifically to something which becomes or remains more achievable within one system above the other, one cannot get away from the fact that the constitutional debate itself is about a far wider range of issues. What might superficially appear to be the preferred option could, in the context of the wider settlement or policy programme of an in-coming government, actually present obstacles to achieving campaign goals. For example, a policy might expect to enjoy more political support in an independent Scotland but questions could remain over how it will be financed and the implications of this. Alternatively, campaigns which have the potential to affect a far larger number of people if based at a UK level, for example welfare policies, may be harder to achieve across a larger population and so become only a remote possibility without independence.

Campaigning groups, in attempting to engage in the debate, find themselves entering dangerous water. Stick your head above the parapet and come out as for or against independence and you risk alienating many of your own supporters.

Nevertheless, failing to engage with the debate and consider the possible future for your organisation and its campaigns risks being left behind in the post-referendum world. With so much focus on the debate in the political arena already, a decision not to engage further weakens any current ability to engage with politicians and policy actors and present a campaign vision in the here and now. A ‘business as usual’ approach in which campaigns are designed with no thought as to how they may need to adapt after the September 2014 vote is simply not viable. Jubilee Scotland is one organisation facing these issues.

Jubilee Scotland is a coalition campaigning organisation calling for the cancellation of unjust and unpayable sovereign debts and creation of a fair and transparent process to prevent the accumulation of such debts in the future. It believes that millions of people in some of the world’s poorest nations are having their life chances reduced by the burden of debts, debts which are often the result of irresponsible lending being made to dictatorial regimes, relating to weaponry or environmentally unsound projects, lacking in transparency, and going to countries which were clearly unable to repay them.

As a coalition movement with a diverse range of members including charities, faith groups, and civil society organisations, many of which possess their own missions and goals additional to those represented by their membership of Jubilee Scotland, the difficulties in agreeing to support one side of the independence debate above the other has been even more pronounced. How to engage with the independence debate has therefore been a key focus in recent months.

Jubilee Scotland has an ultimate objective to make Scotland a nation of debt justice, one in which Scotland holds no unjust or unpayable debts, is not implicated in the creation of any new unjust debts, and promotes debt justice internationally. From thinking about these goals within the context of the independence debate it has become increasingly apparent that none are incompatible with either an independent Scotland or a Scotland that is part of the UK. Rather they require different campaigning focuses and strategies in each context. Campaigning charities therefore need not be scared to talk more openly about the opportunities which might be presented in the case of either referendum outcome. Instead, Jubilee Scotland is able to present two ideal models relevant to a yes or no vote which will allow it to talk with both sides on considering how Scotland can become a nation of debt justice whatever the referendum outcome.

An independent Scotland, one which inherits a proportion of UK debt, presents an opportunity to conduct a full debt audit of Scotland’s debt arrangements and cancel all which are deemed to be unjust, representing a clear achievement of one of Jubilee Scotland’s principal objectives. However, remaining in the UK does not mean a Scotland free of unjust debts cannot be achieved. The only difference, however, is that this would require Jubilee Scotland putting pressure on the Scottish Government and Scottish MPs to lobby the Westminster Government to take this step for the whole of the UK. The former opportunity is perhaps a more realistic goal and would have the additional benefit of setting a global precedent from which more debts would hopefully be cancelled. It is not currently clear however how Scotland will inherit the UK’s existing debt arrangements and so whether it will be inherited in a form which could actually be audited and then cancelled. Moreover, within a devolved Scotland, a campaign to audit and cancel the UK’s illegitimate debts would, if successful, lead to the cancellation of a greater share of global debt. There are thus opportunities in both scenarios.

Similarly, under an independent Scotland a new export credit agency, from which many of these debts originate, would almost certainly have to be created. Jubilee Scotland would look to inform this process and ensure the agency follows the principles of the CUBE Manifesto to encourage responsible and ethical sovereign lending and borrowing. In this way, the build up of more unjust debt can be prevented. Alternatively, in a situation of devolution any renegotiation of the constitutional settlement could see Jubilee Scotland push for export credit powers to be transferred to Scotland alongside continuing its efforts with Jubilee Debt Campaign to reform the current structure and framework guiding UK Export Finance ensuring the UK, of which Scotland will remain, creates no new unjust debts itself

It is not Jubilee Scotland or any other campaigning organisation’s role to predict the future and determine the exact route through which their campaigns’ goals should be achieved given there is such uncertainty over what a post-referendum Scotland will look like. Nor should they be expected to take a side. It can be their role however to make sure they stay true to their campaign goals and explore how these might be pursued within each possible scenario, presenting both Yes Scotland and Better Together, as well as the current devolved government and opposition parties, with a framework for implementing change and, in the case of Jubilee Scotland, leading Scotland to become a nation of debt justice.

This week sees Jubilee Scotland launch a new pledge campaign to draw attention to the devastating impacts of unjust and unpayable global debt and unite Scotland in a commitment to debt justice, one which is sustained whatever happens in September 2014. To find out more visit the Jubilee Scotland website, http://www.jubileescotland.org.uk.

This entry was posted in General. Bookmark the permalink.