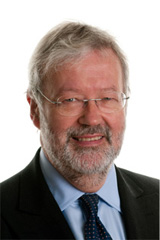 Professor Jim Gallagher, on of the authors of a new book published this week, stresses the need for honesty regarding the uncertainties surrounding Scottish independence.

It’s no exaggeration to say that there is a hunger for information among the voters about what the independence referendum means. They are being asked to make a momentous choice: if it’s for independence, that is in practice irreversible. Even if the vote is no, Scotland’s relationship with the rest of the UK will change markedly.

So voters want to know the significance of each choice, but they might apply more than a pinch of salt to what the campaigners on each side say. Perhaps only the foolhardy would try to give them an account of both sides of the argument. Nevertheless that is what we (Iain Maclean, Guy Lodge and I) try to do in “Scotland’s Choices” published by Edinburgh University Press this week.

Uncertainty is in the nature of an independence referendum. Only once Scotland was independent could many of the critical decisions be made – what currency to have, what taxes to levy, how generous a welfare system to provide, and so on. And many of those choices also depend how other countries would react – notably the UK, say over currency, but also the other members of the European Union, and even NATO. Any politician who asserts with certainty what the outcome will be must surely know he or she is bending the truth. But it is possible to make an educated guess about how things might turn out, and a reasonable assessment of where the uncertainties lie.

So, for example, it seems pretty likely that Scotland would be an EU member state, probably after an accelerated set of accession negotiations. Precisely what the conditions of membership would be is not quite so clear, though immediate requirements to join the Euro or the Schengen agreement can surely be avoided. By contrast, it’s not so easy to predict the outcome of what will be high stakes negotiations about the future of the UK nuclear missile subs at Coulport and Faslane, and how this relates to an aspiration to join NATO. As debate gets underway, some of these issues will become clearer – but others seem to be getting more complex and uncertain. We devote the longest chapter in the book to our best guess about what independence might mean in practice for the economy, for international relations, for tax-and-spend and so on. We’ll have to rewrite it before the referendum, but if there are any new certainties they will be balanced by new unknowns.

There is, however, uncertainty too about what happens if Scotland votes No, as the polls currently suggest it will. We devote a lot of effort to explaining the one near certainty, which is how the Scottish Parliament will get more tax powers in 2016, under the Calman scheme, which is often ignored in these debates. But there’s a great deal of talk about – and quite a lot of political momentum behind – the idea of further devolution. Much of the talk about “Devo Max” is no more than that: on analysis, we argue, it comes down to a limited form of independence. On the other hand, the “Devo Plus” argument of matching the Parliament’s tax powers more closely with its spending responsibilities has more coherence; while a “welfare nationalist” position would argue for powers to allow a different tax-and-spend balance in Scotland from the rest of the UK.

The choice among these options is not straightforward: and there are trade-offs for more devolution, which are not widely appreciated: the more the Scottish Parliament relies on domestic taxes, the less call it has on UK grant, and the more risk that Westminster will change the Barnett formula to make that grant needs-based; and the more challenge there will be from those representing England about the role of Scottish MPs at Westminster.

There’s nothing new under the sun. These are the very challenges Gladstone wrestled with over the Irish question, and the issues of spending needs and taxable resources are addressed in different ways worldwide. We review both. Our analysis of international practice suggests that the UK is edging towards a more Canadian sort of system, and it is probably well advised to do just that.

Oil has lent an edge to this debate since the 1970s. “It’s Scotland’s oil” was a great slogan. During the 1980s the UK government would have died in a ditch to ensure it wasn’t, given the scale of the revenues which flowed then. The idea that the late Mrs Thatcher might have placed them into an oil fund is one of history’s great what might have beens: Sterling might not have soared in value, and British industry might not have been squeezed by the exchange rate as well as interest rates: but how would government have made the books balance? That milk is now well and truly spilt. The UK might be more relaxed nowadays, when offshore oil revenues might more or less make up the difference between Scottish public spending and the rest of its domestic tax base. A Scottish government would be faced – even on the most optimistic scenarios – with the same choice: cutting spending or raising taxes if it wanted to create an oil fund.

What happens after the referendum depends on the vote: but either way it’s the beginning of a process of change. Negotiations to form an independent state would be immensely challenging. Scotland would be negotiating with the UK, but at the same time with the EU and NATO – with the UK sitting at both those tables. Hard bargaining takes time, and the stakes would be high, so we’re not convinced that this could be done in the 18 months suggested. But if Scotland stays in the UK, there will also be adjustment to the territorial constitution – perhaps to a model which is a bit looser, but maybe more stable too. When Ron Davies called devolution a process rather than an event he was speaking nothing less than the literal truth.

Jim Gallagher is Gwylim Gibbon Fellow at Nuffield College Oxford, and a Visiting Professor in the Law School at Glasgow University. ‘Scotland’s Choices’, by Iain Maclean, Jim Gallagher and Guy Lodge is published by Edinburgh University Press on 18 April. £12.99