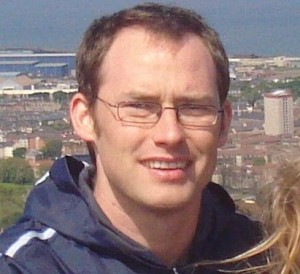 In last month’s post, Dr Robert Zymek discussed an independent Scotland’s choice of currency in terms of the theory of Optimal Currency Areas (OCA). In this post, I assume that Scotland and the rest of the UK (rUK) do form an Optimal Currency Area, and argue that under these circumstances Scotland would stand to gain most from the benefits of a sterling union. But since the costs would fall most heavily on rUK, it may think twice before agreeing to enter a currency union with a new Scottish state.

The benefits arising from the OCA would come, largely, in the form of reduced trade costs (which primarily benefit the smaller party, Scotland). This sounds like a workable arrangement since, while Scotland would gain most, the rest of the UK needn’t lose (and indeed is likely to gain a little). All else equal, this is a so called pareto-improvement (a change that improves welfare for at least one party, without making anyone else worse off), relative to a situation with separate currencies.

agreement that accompanies any currency union would involve constraints on the policies and behaviours of its constituent states in order to minimise this problem of moral hazard.

But all else is not equal. In times of crisis, the central bank of the Sterling Zone may have to intervene to backstop the banks or the governments of one or other party to the currency union. As outlined in de Grauwe (2013): banks which borrow short and lend long, or governments who need to borrow to allow the operation of automatic stabilisers, are both vulnerable in times of crisis. Providing funding in such times should be a role of the central bank. However, the resources that are supplied in these circumstances do have to be paid for: whether as an explicit levy on the citizens of the union, or as a hidden inflation tax. The root of the current euro crisis is that the need for central bank funding is becoming obvious, but there was no ex-ante agreement in place as to who should pay for the resources that must be transferred.

At any one time, it might only be one of the parties to the union that requires help from the central bank, with that help funded by a levy across the whole union. But this would create a mismatch between who benefits and who pays. Such a mismatch would create the problem of moral hazard: if you know that you can benefit from a system and spread the cost onto other parties, you may be more inclined to behave in such a way as to need the benefit of the system, for example by running large deficits and increasing the likelihood of central bank intervention. Therefore, the agreement that accompanies any currency union would involve constraints on the policies and behaviours of its constituent states in order to minimise this problem of moral hazard.

The issue of moral hazard is a cost that can lower the benefits of a currency union. Even allowing for this though, the currency union may still have net benefits. Two symmetrical parties who wanted to create such a currency union – especially if they had learnt the lessons from the Eurozone – may still agree that a mutually beneficial arrangement was possible. Minimising moral hazard would involve giving up some autonomy. Each party could still be recognised as a sovereign state, whilst acknowledging that a formal currency union requires a great deal of pooled sovereignty (I deal with the claim that ‘constrained independence does not represent real independence’ elsewhere).

If a Sterling Zone does provide net benefits overall, then it may be that the asymmetry between Scotland and rUK scuppers a project which could in principle be mutually beneficial. This is an example of a tragedy of the commons situation in which the incentives faced by the parties mean that a valuable resource is rationally squandered. In summary: the benefits of an Optimal Currency Area likely mainly accrue to Scotland due to asymmetry; and the higher costs of moral hazard mainly fall upon rUK – again due to asymmetry. If Scotland were to conduct a cost benefit analysis of the value of a Sterling Union then it might likely agree that it was the policy to pursue.  If the rUK were to undertake the same calculation, they are likely to reject the policy. This seems to be consistent with the campaign positions that we see.

Dr. David Comerford has recently finished his PhD in Economics at the University of Edinburgh.