A Scottish Defence Model – Learning from others 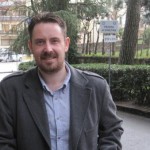 Dr. Colin Fleming reflects on the security and defence obligations of an independent Scotland, looking particularly at the implications of the Nordic models of defence and continued integration with the defence structures of the rest of the United Kingdom.

If Scotland votes yes in 2014 there is little doubt that it will enter a relatively benign security environment. The problem for Scotland, like other independent states, would be how to plan for the unexpected. The requirement to begin defence policy discussions with a clear understanding of what threats Scotland may face is also highlighted in a recent RUSI Whitehall Report, A’ The Blue Bonnets: Defending an Independent Scotland. As the authors, Stuart Crawford and Richard Marsh, comment:

The immediate requirement is to attempt to define the strategic context in which Scotland finds itself, and also identify what are the likely risks and threats to the soon-to-be-independent state…. Despite being relatively small and sparsely populated, Scotland’s geopolitical position bestows upon it a certain geostrategic importance.

It is this geostrategic area of importance which has drawn the SNP to look to its Nordic neighbours as having legitimate defence models which Scotland could adapt to its own national interests.

Norway and Denmark are of particular interest, and have helped shape current SNP thinking on defence issues. Both have close similarities with Scotland in terms of population size, and both have national interests in oil and gas, fishing, and the emergence of the High North as an area of geo-strategic interest – as a maritime state these are areas that a Scottish Defence Force would be required to secure. As is being proposed currently, it would also be required to integrate its maritime assets with partners, particularly focusing on the security of the North Atlantic and High North. These are tasks which would also require air-policing assets. Of course, on a purely political level, Norway and Denmark provide unequivocal proof that similar sized countries make an important contribution in the maintenance of regional and international security; a fact not lost on the SNP leadership. Claims that Scotland is too small or too weak to build a meaningful military defence model with a regional – or even international – focus seem specious when juxtaposed against recent Norwegian and Danish experiences in Afghanistan.

Although the official blueprint of Scotland’s defence policy post-independence will be published in the Scottish Government’s White Paper in November 2013, the SNP has been talking to academics, policy-makers, and military personnel from Denmark, Norway and Sweden, and it is probable that Scotland’s operational capabilities would resemble a Nordic design, allowing it to become a key partner in the region. Of course, Scotland’s future military capabilities would initially be linked to its negotiations with the RUK government, but it would look to provide an operational capability able to position itself as a regional partner with its Nordic neighbours, as it would the RUK.

The Nordic countries have also had a very real effect on how the SNP sees a Scottish force operating in regional and international theatres and have helped shape an internationalist underpinning to a potential future Scottish defence structure. The party’s reversal of its opposition to NATO (but not nuclear weapons) was based on research and discussion with Nordic defence establishments; and in the event of independence, its strategic partners. The decision to change such an important policy is specifically linked to how the SNP envisages Scotland’s role as a regional actor and the importance Norway and Denmark attach to NATO membership. This change in policy is important for several interrelated reasons. It highlights a new pragmatism within the SNP in terms of its international outlook; however, perhaps more crucially, it also underlines the party’s commitment to cooperation and the integrating of defence with other independent states – not least, RUK.

The SNP has consistently highlighted its desire for Scotland to continue strong defence relationships with RUK, and has expressed a keen interest in defence sharing – particularly in intelligence, basing, and training. The idea of defence-sharing is not without criticism. For many, an independent military is equivalent to independence itself. However, and yet again, the influence of the Nordic States, in the form of Nordic Defence Cooperation (NORDEFCO), is plain for all to see. Norway, Denmark, Sweden, Finland, and Iceland, have had defence sharing agreements since 2009 and in the event of independence it is something which may prove attractive to both Scotland and RUK. In fact, defence-sharing looks likely to be normalised over the coming years and decades, driven in part by increased austerity and the requirement to drive down defence budgets. Defence sharing is already partly developed in the Baltic States, and only in November 2012 the Australian Minister of Defence met with New Zealand Minister of Defence to identify further practical military cooperation. NATO, the world’s most successful military alliance is now openly talking about ‘Smart Defence’ (defence sharing) among its members, as a means of allowing the alliance to continue its core roles with the most advanced kit. This requires defence cooperation amongst all of its members.

Defence-sharing between Scotland and RUK is workable, and in light of international austerity measures and the impact of ongoing cuts to the UK’s defence budgets, may also be pragmatic in the long-term. However, for such agreements to take place both governments would have to negotiate mature policy arrangements; with trade-offs and benefits for both states. Under this scenario, an independent Scotland would not require full-spectrum capabilities, but it would still require compromise and negotiation in order to gain the right mix of maritime, air and land assets able to perform roles similar to those of Norway and Denmark. For Scotland, one such trade-off may be that Trident stays on the Clyde for longer than voters expect.

Dr Colin Fleming is an Honorary Research Fellow in Politics & International Relations at the University of Edinburgh. Dr. Fleming published an extended version of this piece in Holyrood Magazine on 28 January 2013.