Too small for the big leagues? Foreign policy in an independent Scotland 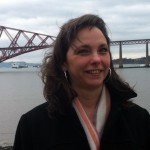 As attention focuses on the future of the UK and Scotland in the European Union, Dr Juliet Kaarbo reflects on the opportunities and constraints that an independent Scotland as a small European state could face on the international stage.

What would be the nature of an independent Scottish foreign policy? What kind of influence would an independent Scotland have in world affairs? With the referendum for independence less than two years away, these are the types of questions Scottish voters, and interested global actors, are asking. The UK government is also interested in these questions. I recently served as a witness and provided oral testimony for the House of Commons Foreign Affairs Committee in the third public evidence sessions in its inquiry on The Foreign Policy Implications of and for a Separate Scotland (video available here). My testimony was informed by my own research on the foreign policies of many countries. I focused on what we know about small state foreign policy and how that can shed light on an independent Scotland’s place in the world.

An independent Scotland would certainly be a small state, given the size of its GDP, population, and territory. Like other small states, Scotland would have more limited resources in terms of economic, military, diplomatic, and informational tools. Small states face considerable constraints. Their relationships to others are characterized by power asymmetries. In economics, this translates into dependence on others as their economy is easily affected by others’ actions. In security, they must rely on larger allies for protection from any threats they face, and small states like Norway, Denmark, and the Netherlands often feel pressured to contribute troops to military interventions in order to remain in good standing with their larger security partners.

Small states, similar to large ones, also face internal challenges to their foreign policies – from the public, from divided political parties, from bureaucratic organizations, and from political opposition in parliaments. With all of these constraints, a traditional, dominant view of small states in international relations is that they “suffer what they must” (as Thucydides put it), they are Lilliputians in Gulliver’s world.

Another view, and body of research, sees some small states at times able to ‘punch above their weight’ and have disproportionate influence in global politics. How do they do this? There are a number of tools that small states can use. Being active members of international organisations (IOs) is very important for small countries. IOs give states a diplomatic space, information networks, and a place to coordinate collective action. Small states can also partner with non-governmental organisations to help them gather information and advocate policies. Small states, if they are lucky enough to establish an economic niche, can use that to their advantage. Even though they are a small economy, highly profitable specializations can sometimes translate into influence in economic affairs. Small states also usually practice niche diplomacy, prioritising and concentrating their fewer resources on a specific area, rather than attempting to cover the range of global issues that large states do. They can also be innovative in terms of leadership and institutions. At one time, for example, the Netherlands had two separate departments dealing with foreign affairs. When someone asked the prime minister why a small state like the Netherlands needed two foreign ministries, the prime minister responded that because the Netherlands was so small and the abroad was very big, they have to do extra to cover all it all.

Soft power is another way that small states punch above their weight within or outside IOs. The way small states use soft power is often different from the way large states use it. They actually try to capitalise on their weakness and their fewer resources. They will use the fact that, unlike big states, they are not seen as a threat or as holding hidden agendas. With this, they can play the role of trusted mediators to raise the profile of their state. Norway in the Arab-Israeli conflict and Costa Rica in the Central American conflicts of the 1980s are examples. Small states are often successful at securing leadership positions in IOs, because they are seen as more neutral and less domineering, as Ghana and South Korea have held the recent posts of UN Secretary General. Because they are seen as less of a potential threat, they can also serve as homes for IO headquarters. Examples include The Hague, Brussels and Geneva. Small states also often frame their goals in terms of morals or fundamental values. Big states do that too, but they are often not believed when they do so. Small states, with soft power credibility, can be more effective when they use moral appeals.

The takeaway message for an independent Scotland is that its small size would certainly mean a loss of objective capabilities – it would no longer be part of a bigger state, the UK. Nevertheless, small states’ foreign policies are not completely determined by their size and resource disadvantages. Scotland’s leaders, however, would have to quickly learn the practice of small state diplomacy and determine their priorities.

Dr Juliet Kaarbo is a Senior Lecturer and Postgraduate Adviser for Politics and International Relations at the University of Edinburgh.

1 Response to Too small for the big leagues? Foreign policy in an independent Scotland