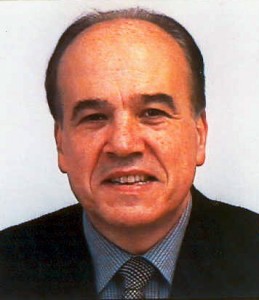 Luis Moreno addresses the impact that Scotland’s Referendum could have on European political culture.

Following the anti-climax of the 1979 Referendum results, the nationalist camp viewed Scotland’s political future inexorably linked to the formation of a fully-fledged sovereign state. “Independence, nothing less” was the uncompromising demand voiced against ‘no-mandate’ UK Governments. Thatcher interpreted the outcome of the referendum as if Scotland’s aspirations for home rule were just a ‘dead duck’, which the passing of time would help bury without any special ceremony. In the 1980s, nationalist predicament was significantly modified by accepting a higher degree of gradualism in the achievement of self-government. A wider cosmopolitan view was encapsulated in the SNP’s new motto, “Independence in Europe”. The achievement of the ‘Norwegian Dream’, by which a wealthy oil-producer country could preserve a generous universal welfare state along the lines of ‘small is beautiful’, gave way to the idea of participating actively in the building of a united Europe, while maintaining the claim of independence for the running of Scottish affairs.

We certainly know that political union in the Old Continent is not to follow the American model of centralised federalism. Despite the normative insistence of the neo-functionalist school of thought, the establishment of the United States of Europe is out of the question. It is also highly unlikely that Continental Europe would follow the prescription put forward by Winston Churchill in his celebrated Zurich speech in 1946. According to his proposals, there should be a European Federation in a superpower configuration of world politics, alongside with other leading actors such as the USA (‘mighty America’), Russia and imperial Britain (and Scotland within it). Time will tell if such arrangement could ever materialise after the celebration of Britain’s referendum on Europe, as promised by the inheritors of Churchill’s views in the current UK Cabinet.

Developments around the turn of the millennium, and particularly since the 2007 financial crisis, have dramatically exposed the limitations of the nation-state as a ‘sovereign’ actor in global economics. Models of British ‘command-and-control’ majoritarian democracy, as well as of Jacobin vertical diffusionism of power, seem to be in terminal retreat. The on-going re-scaling of nation-state structures and political organization is in line with Europe’s principle of territorial subsidiarity. Processes of rescaling and ‘unbundling of territoriality’ are having a direct impact on citizens’ living standards. This crucial tenet of Europeanization establishes that policy decision-making should be located at the level closest to the citizen. In other words, the purpose of subsidiarity is to limit the power of central authorities by assuming the criteria of “proximity” and “proportionality”. Subsidiarity aims to provide a protective measure against over-expansion of European control in matters resting upon the jurisdiction and prerogatives of each layer of government in a multi-tiered Europe. It also encourages co-ordination to manage growing interdependencies.

Territorial subsidiarity goes hand in hand with the second guiding principle of Europeanization: democratic accountability. There cannot be any further development of politics in Europe if decisions are taken behind-closed-doors, as happens in our often opaque state-centred polities. Democratic participation and citizens’ involvement in public life is quintessential to the very preservation of the European social model, if this is to be preserved vis-à-vis re-commodified individualization or neo-slavery systems of economic growth.

In any post-Referendum scenario, Scottish voters will be regarded as political innovators.

Indeed, the holding of the 2014 Referendum on Scotland’s Independence provides a formidable opportunity to comply with both European principles. They could set the pace and the tone in the institutionalization of the European ‘political animal’. In any post-Referendum scenario, Scottish voters will be regarded as political innovators. They would make a far-reaching impact if a majority of them –or a near majority for that matter– decide to vote for independence in Europe.

Luis Moreno is the Research Professor (Spanish National Research Council, CSIC) and is currently a Honorary Fellow at the University of Edinburgh.

6 Responses to Independence in Europe