When Push Comes to Shove: Context and Continuity in Scotland-EU Relations 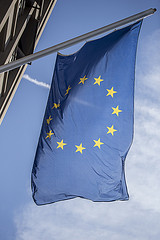 In this piece, originally published at the Scottish Constitutional Futures Forum, Professor Laura Cram examines how Scotland and the institutions of the European Union might behave in event of a yes vote.

Crisis and change make for more dramatic reading than continuity. Black and white scenarios are often politically expedient. But the seasoned EU observer is more familiar with the various shades of grey which characterise the complex and multiple relationships between the EU: and its member states; its neighbouring states and even not-so-near states; and of course with applicant and accession states at various stages of membership readiness. The reality is that even for full member states of the European Union, what it means to be a member state is not identical. There is no one size fits all membership template. A panoply of individual opt-outs and special arrangements exist in an increasingly a la carte EU.

The reality is that even for full member states of the European Union, what it means to be a member state is not identical. There is no one size fits all membership template.

Formal EU negotiations with an independent Scotland would likely be lengthy, as complex details are agreed upon. Who would want it otherwise? Key decisions about an important relationship are at stake. Overemphasis, however, on which Treaty accession procedure will obtain and what the precise time-scale for membership will be, runs the risk of missing a key point. Scotland is unlikely to be cut off dead from the EU. There is little benefit to anyone of existing systems and relationships failing to operate in the interim.  As Sir David Edwards points out in his detailed evidence to the Scottish Parliament, such a spectre would be inconsistent with both the ‘spirit and scheme’ of EU law. For the ordinary citizen, as these complex negotiations rumble on, it is likely that little of their daily reality would change as an immediate consequence of not being an official signatory to the EU Treaty. Such a negotiating period would also be a time for an independent Scotland to establish the type of relationship that it wants to pursue with the EU, not only in substance but also in tone.

Scots are often presented as Europhiles, especially when contrasted with their English counterparts in the UK.  In reality, the Scottish electorate is perhaps better described as ‘less anti-EU’ than the electorate in England, rather than ‘more pro-EU’. This conclusion should not be conflated with the idea that there is any notable strength of Europhilia in Scotland. The Scottish Parliament Information Service (SPICE) paper, prepared for the evidence session on Scotland’s membership of the EU held by the Scottish Parliament’s European and External Relation’s Committee (16 Jan 2014), neatly summarises the current situation with regard to public attitudes to the EU in Scotland.

It is useful to view the figures above in the wider EU context. There has been a generalised decline in political and public support for the EU in many EU countries. This is reflected in a rise in the percentage of citizens in key member states (France, Germany, UK, Spain, Greece and Italy) who view membership of the EU as a ‘bad thing’. Still, however, citizens of the UK as a whole remain least likely (along with Greece, both 42%) to ‘feel that you are a citizen of the EU’ (Standard Eurobarometer 80, Autumn 2013).

Of course, as Paulo Dardanelli pointed out in his written evidence to the European and External Relations Committee, contexts can change. Attitudes to the EU amongst the Scottish electorate may also be contingent on this changing context.

Much discussion on attachment to a territorial unit, such as the national state or the EU, centres on whether such attachment is driven byidentity (sentimental) or is instrumental (rational/utilitarian) – but this distinction is often overemphasised. In practice, context is central. For example, a real and imminent threat to the current status quo, plays a significant role in shaping public attitudes. In this light, it is useful to consider the Greek ‘Grexit’ debates. Despite strong anti-EU public attitudes, and despite many rational arguments that Greece was not benefitting from EU measures, when ‘push came to shove’ and the real possibility of leaving the EU emerged, voters opted against withdrawal from the EU.

Hitherto taken for granted aspects of EU membership, may become recognised as goods and practices that the electorate is reluctant to give up when ‘push comes to shove’.

If we re-consider the statistics presented above. 53% of Scots state that they would vote to stay in the EU yet, in the same poll, 61% of Scots believe that an independent Scotland should be part of the EU (IPSOS MORi 14 Feb 2013). The prospect of a shift in status quo, a change in context with independence, appears to play a significant role in inclining citizens towards retaining EU membership.

It is important not to underestimate the extent to which the normality of being a member of the EU is embedded in the everyday lives of the electorate. This is also relevant for any impact that a decision on a UK referendum to withdraw from the EU might have on public attitudes in Scotland. As the reality/threat of non-membership of the EU becomes more salient it is likely to provoke a re-evaluation of the costs and benefits of EU membership. Indeed, hitherto taken for granted aspects of EU membership, may become recognised as goods and practices that the electorate is reluctant to give up when ‘push comes to shove’. We should neither overestimate Scots’ attachment to the EU, on the basis of the opinion poll figures, nor underestimate the attachment that might be revealed if not being part of the EU is seen to be an imminent threat in real life.

Continuing on the theme of the low-level normality or embeddedness of EU membership in the everyday lives of the Scottish electorate, it is worth reemphasising the historic adaptability of the EU and its institutions. In practice, many complex transitions have been accomplished in the EU. As a machine the EU tends to move slowly and any transition – whether via renegotiation and re-accession, or as a smoother existing-member transition process or even as a withdrawal from the EU – would likely be lengthy and complex. We would, however, expect complex agreements on new and continuing relationships to be negotiated and a less immediately radical impact to be felt than might be argued by some. Clear consensus emerged in evidence to the Scottish Parliament’s European and External Relations Committee, that transition and interim relationships would play a key role in any post-independence negotiation with the European Union. It is true that an independent Scotland may not receive all that it asks for in any new negotiations. However, any change will bring not only risk but also opportunities. Historically, the moment of accession has often been one of the most influential opportunities for new member states to achieve a shift in EU positions. In any of the possible scenarios, we might expect more continuity in Scotland’s relationship with the EU than immediately perceptible radical change.

Laura Cram is a Professor of European Politics at the University of Edinburgh.

1 Response to When Push Comes to Shove: Context and Continuity in Scotland-EU Relations