After a Yes Vote 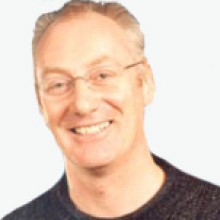 James Mitchell reflects on what might happen following a yes vote, arguing that governments are likely to find ‘pragmatic solutions to difficult problems’.

Whatever happens next September, Scotland will continue to share this island with the rest of the rest of the UK (rUK).  Geographic separatism cannot be brought about by constitutional change.

Ironically, unionists insist that Scotland’s relationship with rUK will be troublesome and fractious while nationalists paint a picture of harmony.  We might ask why we would want to remain in a union with such bad neighbours or why we need independence if we have common interests.

Campaign rhetoric apart, what can we realistically expect after a Yes vote.  The experience of relations between devolved and UK Governments suggests that relations will be complex and changeable.  There will be occasions when harmonious and deeply discordant relations will operate simultaneously.  Never underestimate the capacity of governments to operate in silos.  But never underestimate the capacity of governments to find pragmatic solutions to difficult problems.  The institutions of inter-governmental relations already exist and would not have to be invented but some new arrangements will be required.  Emphasis is placed in the white paper on a ‘substantial diplomatic presence in both London and Dublin’ suggesting continuity in the deep relations with rUK but developing into a new set of relations incorporating the Irish Republic.  The white paper outlines these pragmatically but its opponents suggest that UK Governments will behave dogmatically.  Much of this is campaign rhetoric.

Under what circumstances would a UK Government (or Scottish for that matter) incline towards cooperation or conflict in its relations with its neighbour?

The key is motivations.  Nobody should expect either Government to be motivated by good will.  London will owe Scotland nothing and Edinburgh will owe London nothing.  Self-interest will dictate behaviour.  Neither Government will act against its own self-interest but neither will act spitefully unless it wants to inflict harm on itself long-term.  It is in the UK’s self-interest to portray relations with an independent Scotland on this side of the referendum as highly contentious and difficult but its interests will immediately change on the other side of a referendum if Scotland votes Yes.

Scotland may be small in comparison to rUK but losing Scotland will be a blow to the UK’s prestige.  Drawing attention to what is now described as a major rupture in UK politics will no more be in the UK’s than Scotland’s interests.  Both Governments will need to convey continuity and stability.

While politicians regard themselves as powerful, none is as powerful as the financial markets.  The lesson of the last few years should be obvious to one and all.  No state, no matter how mighty, is capable of taking on such powerful economic forces that brought the world economy to its knees.  Both Governments will seek to convince the money markets that all will be well, stability is maintained and relations will be good.  That pressure may be ignored during the campaign but it will concentrate minds in Edinburgh and London powerfully after a Yes vote.

James Mitchell is a Professor of Public Policy and the co-editor of After Independence, published in October 2013 by Luath Press. This article was originally published in the Scotsman.

1 Response to After a Yes Vote