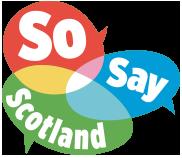 The University of Edinburgh’s Oliver Escobar shares the So Say Scotland initiative, an effort to insert principles of deliberative democracy in the debate over Scotland’s constitutional future and ‘reclaim politics as the business of the people’.

A few weeks ago the Scottish Government published an outline of the route plan from the referendum to independence and the creation of a written constitution. Most notably, it acknowledged that a central dimension in that process is to “learn from the innovative and participative approaches of other countries” (p. 2) in order to  “engage all the people of Scotland” (p. 6) in shaping their constitutional future. Similarly, the Better Together camp is also arguing that civic engagement is a fundamental dimension in the run up to the referendum.

The idea is to recast democracy as a domain of citizen participation, dialogue and deliberation, and thus reclaim politics as the business of the people.

So here we have a critical landslide of invaluable common ground between the Yes Scotland and the Better Together campaigns: the future belongs to citizens, and it should be citizens who work it out through public dialogue and deliberation. The question is: How can we materialise those ideals into meaningful practices? In this blog post, I would like to share with you how such participative process has already begun (independently from either of those campaigns) thanks to the ingenuity and hard work of a network of democratic innovators. Notwithstanding the results of the referendum, we believe that we need new ways of doing politics, and new pathways for democracy.

On February 28th 2013, the first ever ‘Thinking Together’ Citizens Assembly will take place in Scotland. Its aim is to assemble a cross-section of the Scottish population to engage in facilitated dialogue to create a collective vision for the future of the country. The process is organised by So Say Scotland, a non-partisan, non-profit, unincorporated association, powered by a network of social entrepreneurs, researchers and volunteers from all walks of life. The project is supported by a wide range of organisations and individuals who are contributing in cash or in kind, including platforms such as SCVO and the Public Policy Network (part of Edinburgh University’s Academy of Government).

The mind-boggling preparations have brought together a team of over 70 volunteers masterfully coordinated by Susan Pettie and Zara Kitson, including 25 dialogic facilitators recruited and trained for the occasion by Wendy Faulkner in collaboration with Oliver Escobar. All this work is being carried out on a minimal budget, and very much depending on the goodwill of volunteers and ongoing calls for public support through micro-funding. To support our efforts, donate here. All donations go towards basic needs for the event (i.e. catering, facilitation materials) as well as to ensure that citizens with low incomes or those living at a distance are able to participate.

The ‘Thinking Together’ Assembly takes its inspiration from the Icelandic Visioning Forum that formed the basis for the innovative democratic process leading to the recent creation of Iceland’s new constitution –after the country’s financial and political collapse. This was the world’s first ‘crowd-sourced’ constitution, that is, a constitution made directly by citizens through public dialogue and deliberation.

In Scotland, the ‘Thinking Together’ Assembly seeks to create a vision to inform the future of the country, notwithstanding the result of the 2014 referendum. The premise is simple, this first Assembly will gather 192 citizens (selected to represent as much as possible the demographic diversity of the Scottish population) to engage in a full day of facilitated dialogue. The process involves seven creative stages, designed to share and agree upon key values and ideas, and then build on them to articulate specific pathways towards a collective vision that captures a diversity of views and priorities. This dialogue process is carefully facilitated to be inclusive and highly sensitive to differences and minority views.

All the creative work done by the participants will be processed live by the tech-team, and a small army of volunteers will carry on doing data entry after the event. The results will be made public in the Thinking Together Report to be launched at noon on the day after the Assembly. We will distribute it far and wide, so that networks and organisations around the country may use it to inform their current and future work.

Other outputs will include future publications and talks (the first one in March at Changing Scotland) given by the many volunteers working to make the Assembly the best it can be. This includes Ailsa Henderson and Oliver Escobar (University of Edinburgh) and Stephen Elstub (University of the West of Scotland), who lead the research team for the Assembly.

So Say Scotland aims to become a hub for democratic innovation, harnessing the capacity, creativity and passion of citizens around the country to find new ways of tackling the pressing issues of our time. The ‘Thinking Together’ Citizens Assembly is, therefore, the first milestone in that change-making journey. The idea is to recast democracy as a domain of citizen participation, dialogue and deliberation, and thus reclaim politics as the business of the people.

Find out more and join us: www.sosayscotland.org

For an introduction to public dialogue and deliberation: http://bit.ly/125D0U7

2 Responses to Changing Politics: The ‘Thinking Together’ Citizens Assembly